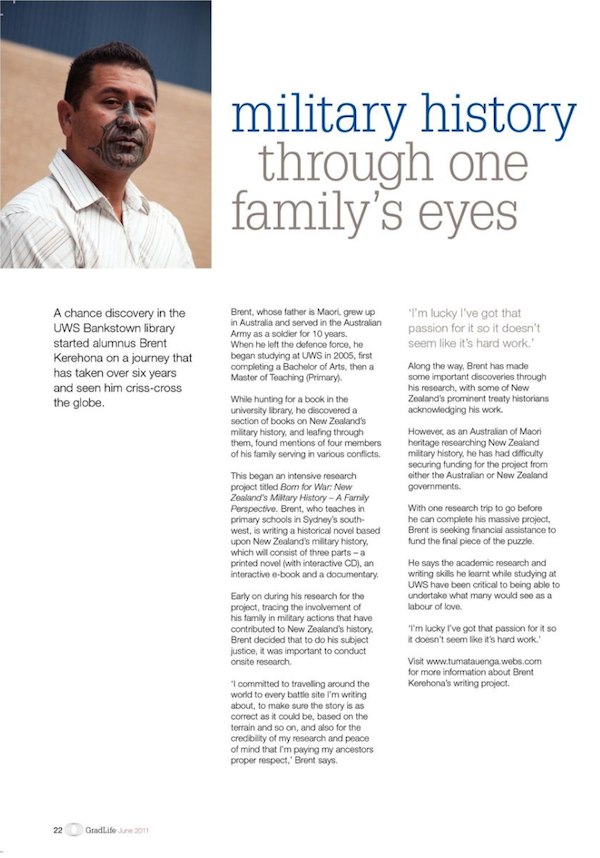 Volume 3 Issue 1 June 2011
http://viewer.zmags.com/publication/956eae6e#/956eae6e/22
KIWI tv airs author's short movie 'My Moko' May 2011
KIWItv has recently (May 2011)  aired one of the author's short films, titled My Moko. It can be viewed at
http://www.kiwitv.com.au/SHOWS-Find-a-Show/p1/Born-For-War-i428040c3-4d31-42ae-8791-bc0732953c91-1112.htm
Author recognised in New South Wales Parliamentary Speech - November 2010
Minister of Parliament, Dr Andrew McDonald, recently recognised the author in a speech made within Parliament today. Dr McDonald referred directly to the author, when mentioning the recent Pacific Achievements Awards Night; as well as through two of the local sporting teams, with which he is involved - the Casula Cougars U/13s Rugby Union team and the Liverpool Bulls R.U.F.C.
Dr McDonald stated:
"On Thursday 16 September I attended the South West Sydney Regional Advisory Council—which is part of the NSW Council for Pacific Communities group—2010 Pacific Achievement Awards...The Pacific Achievement Awards are the pinnacle of the South West Sydney Regional Advisory Council calendar and this is the fourth presentation of awards—the event has grown enormously since its inception in 2007... Echoes of Polynesia danced brilliantly and Brent Kerehona, a primary school teacher from my electorate, was highly commended for one of the awards."
"Two days later I visited the Casula Cougars Rugby Club Annual Presentation Awards. Two teams this year played in the grand final—the under 10s and the under 13s.
This is a Sydney-wide competition and, as the club has only 90 players, this is an extraordinary achievement. The Cougars have a close relationship with the Liverpool Bulls Senior Rugby Union Team and play at the same oval, Dwyer Oval, their home ground. Liverpool Rugby was the minor premiers in division six of the New South Wales suburban rugby union, and narrowly lost the grand final. I commend the Casula Cougars Liverpool rugby and Pacifica to the House."
http://www.parliament.nsw.gov.au/prod/parlment/hansart.nsf/V3Key/LA20101019007
Author mentioned in NZ newspaper - September 2010
Lawrey writes: 'The comments also included an excellent 550-word piece on Maori achievements prior to colonisation by Brent Kerehona...'
http://www.stuff.co.nz/nelson-mail/opinion/columnists/matt-lawrey/4004095/Level-of-bigotry-that-can-only-depress
The original article to which the author replied, was titled 'Kia ora to an enlightened attitude toward te reo' July 31, 2010. See 'Comment #63' in the Comments Section.
http://www.stuff.co.nz/nelson-mail/opinion/columnists/matt-lawrey/3978492/Kia-ora-to-an-enlightened-attitude-towards-te-reo 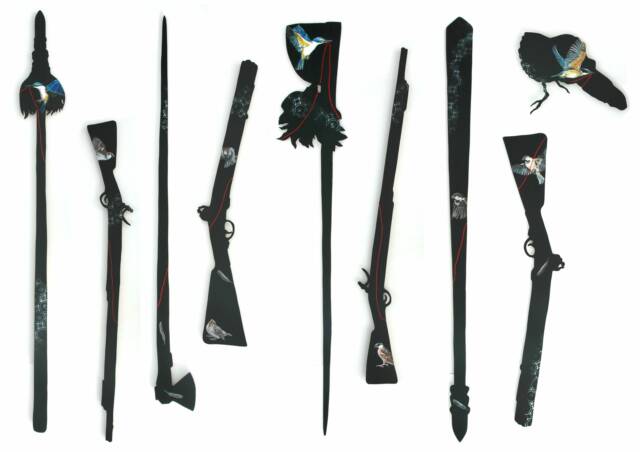 This series of artworks (based upon Moka) was created by Penny Howard.
http://nzpoetsonline.homestead.com/AWhenua26.html 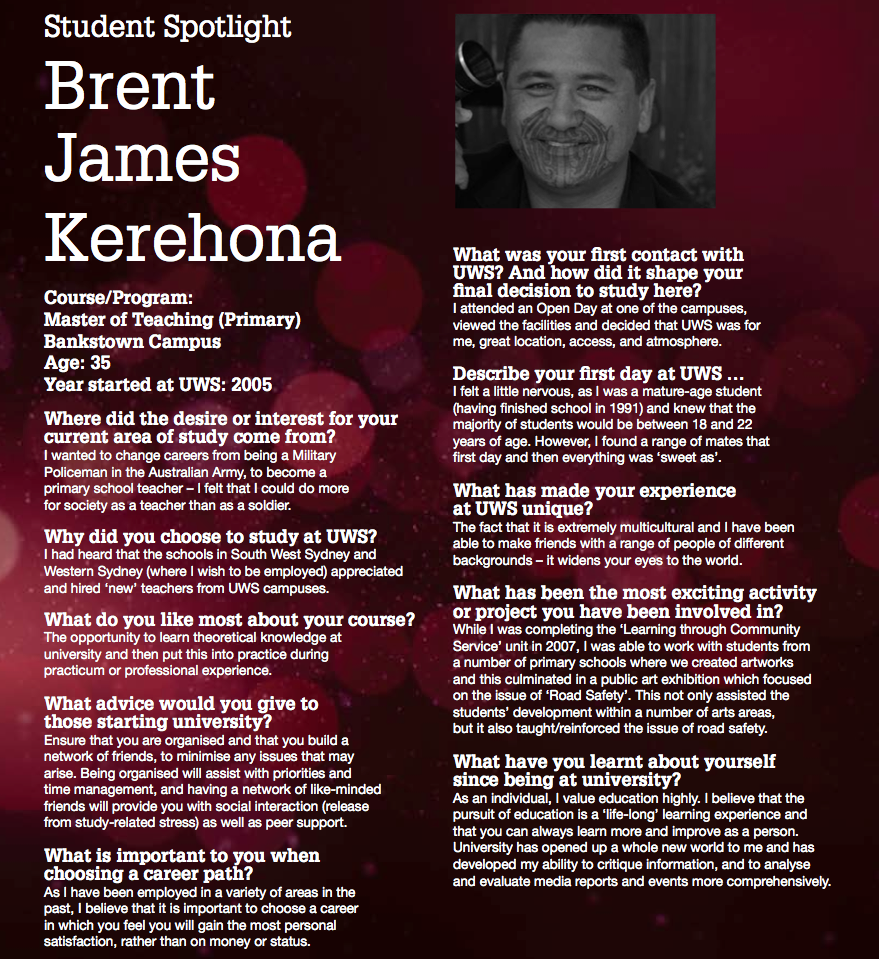